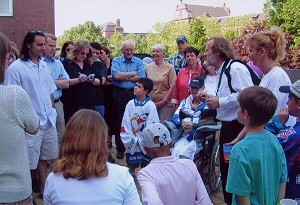 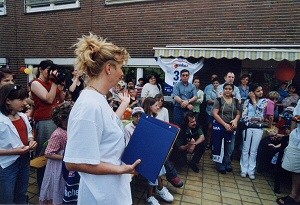 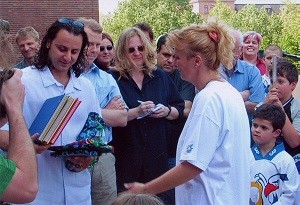 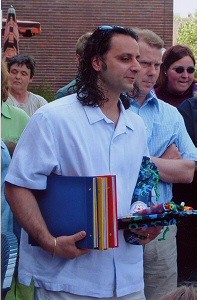 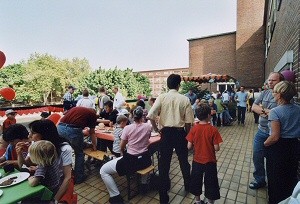 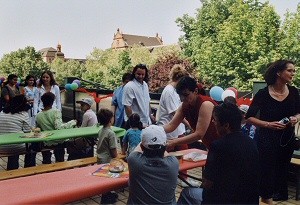 before you will leave Mannheim and the eagles, the kids, Mr. Stachniss and myself want to resent you this special album. Hopefully you will never forget us! You can be sure that we will not either.

Do you remember… three years ago… that was the first time you visited us at our station K9 in the Grenadierstr. You gave us season tickets for 2000/2001. It was a sunny day and we were standing outside on the balcony. Some kids joined us and it was funny to see how shy they were asking for a signature. Right? Eh! I Think for you it was exciting too and you didn’t know what the future would bring. It seemed to be a big adventure too. I couldn’t know if the kids would be interessted in hockey, if they would accept the idea to visit you at game days, asking you a lot of questions in little “interviews”.

The last 3 years of Rosys Kids Corner became a very successful story and you have always been the head of all this. You know that the kids really love you!

Nowadays they are interested in hockey, especially for the job of the goalie, some tried to play street-hockey or joined a club. But the most important thing has been, that for almost all of our little “patients” it has been the best therapy they could get to win their fight against cancer. You gave them the power, because they saw you fight on the ice and they wanted to do the same for winnig their “game of life”.

Believe me, we had so much fun in every single game and you have always been their idol. They will never forget you and they are very proud to know the best goaltender Mannheim has ever seen. I have to say thousands of “thank you” for everything. It was wonderful! You are a great guy, an oustanding goalie with a big big heart.

Unfortunately for all of us it is time to say good bye. I wish you and your family all the very best. Don’t forget us and take care, …and hopefully we will see you again real soon. 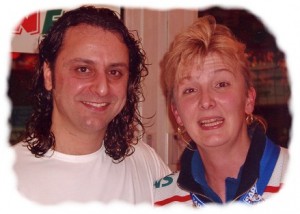 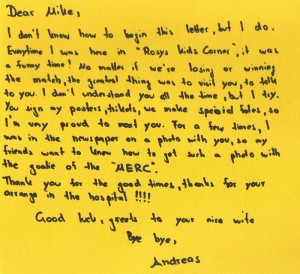 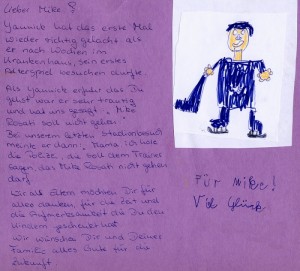 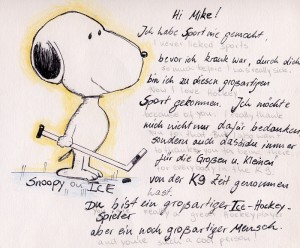 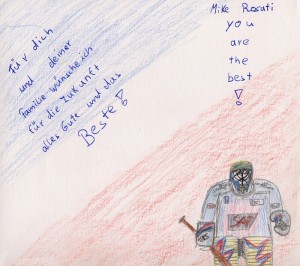 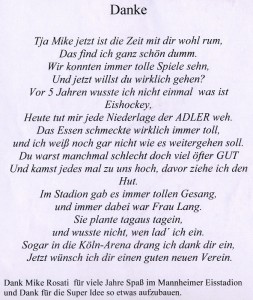 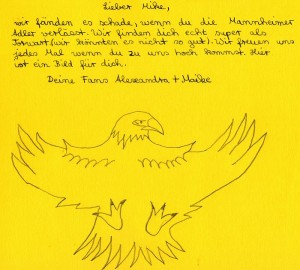 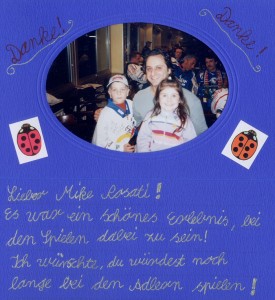 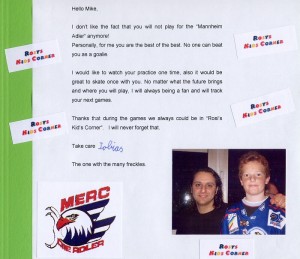 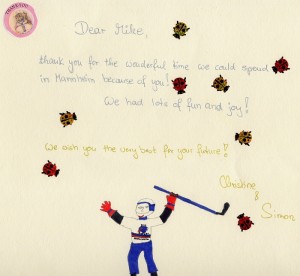